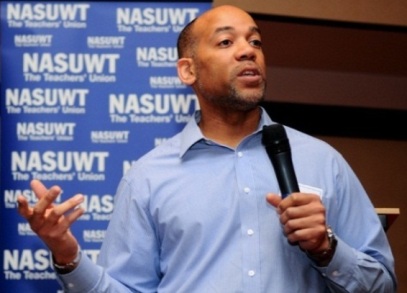 Born in Harlesden Area of London, Asari Sobukwe was initially inspired to Political Activism by his trade unionist father and the conscious Rastafarian community. From the latter he was instilled with a pride in African Identity and importance of being a servant of the people.

He first began organizing as a University Student, then joined and became active in the Trade Union Movement organizing strikes and campaigns for better working conditions. Asari has continued his work amongst African (Black) Workers groups and networks for well over 25 years.

His consciousness and activism took a giant leap after attending the African Civilizations Conference in the Mid 1980s in Britain. This conference featured giants such as Dr. Ben, Dr. Ivan Van Sertima and Dr. Charles Finch. After this conference, Brother Asari started a search for and about anything African.

Asari joined the All-African People’s Revolutionary Party (A-APRP) in 1988. Amongst many things, his membership and activities within the A-APRP has greatly heightened his understanding and importance of the Revolutionary Role of African Women in the African Liberation Movement and the importance of International Solidarity with other exploited people also struggling for liberation and self-determination.

Brother Asari during his tenure in the A-APRP has travelled and organized extensively throughout the world. His travels and political work has taken him to Africa, Asia, the Americas and the Caribbean. He participated in the Anti-Imperialist Youth & Student Festival in Cuba in 1997. In 2011 during an Anti-Imperialist March in Accra, Ghana condemning and bringing light on the Imperialist attacks on the Libyan Jamahiriya, Asari along with dozens of other activists from Africa, Europe and North America were arrested by the Ghanaian State Security Forces. This group became to be known as the ACCRA 25.

He was one of the founding members of AJAMU (Pan-African Youth Focus Group for the A-APRP in Britain) in 2006. Asari regularly speaks on Pan-African, Socialist and Anti-imperialist platforms, including the radio and TV.

Asari Sobukwe is available for lectures throughout Europe.