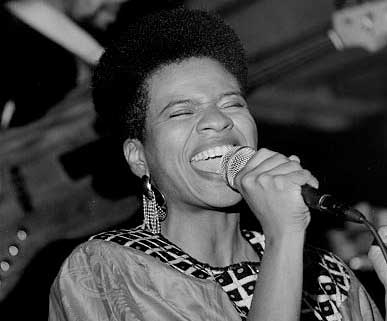 In 1987, Cobbala Productions began producing benefit concerts for the United Negro College Fund, the most ambitious being a concert at Mandel Hall in Chicago featuring Roy Ayers, Steve Cobb and Chavunduka. It was a great show, but a financial disaster. About 25 people showed up! We had to regroup emotionally and we suffered for a while from what Kwame calls, “promo phobia,” that is, fear of promoting anything. But we got over it. We continued to plan, develop our studio, write songs, book gigs, record, grow our family and become stronger. In 1988 we released our debut albums, Shammin’ or Jammin’ and Chavunduka, on our own Cobbala record label. And we began to promote again. In 1991 we performed to a standing room only audience. What a charge!

The community came out and it was all we needed to get our promotional juices flowing. We performed at clubs, colleges and festivals around the country and opened concerts for Roy Ayers, Peabo Bryson and others.

In ’92, while in a spontaneous session of creativity with our children, we wrote a song that we named It’s Kwanzaa Time. In a matter of weeks the song was recorded, manufactured and being marketed. The community responded so well to the cassette single that we embarked upon the writing and recording of an entire collection of songs for Kwanzaa, Seven Principles, which was released in December 1993. The most wonderful aspect of the Seven Principles production was the financial collaboration that made it happen. A group of committed supporters invested in the project to get it completed. It was truly the actual practice of the Seven Principles that ensured our success.

The Seven Principles CD has been a true blessing for us. It has taken us to schools, churches and cultural centers and universities, locally and internationally and has connected us to so many wonderful people. The youth’s response to our music is especially gratifying. They internalize it, they relate to it. Even the high school students who’ve seen us perform, sing it to taunt and tease us. What’s beautiful is that they sing it. And we love it.

Our work with young people has expanded and it keeps us mindful of our responsibility to create positive and spiritually uplifting music.

Chavunduka and Kwame Cobb are part of the Cultural Workers Bureau (CWB) and available for performances at community cultural events, schools and festivals.