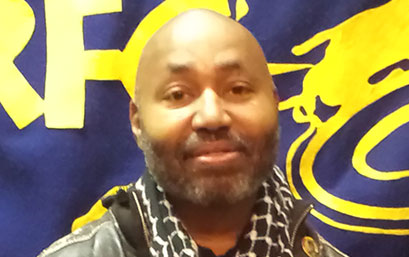 Shukura is a multi-media cultural worker; photographer and poet. Shukura is also on the Board of (WRFG) 89.3, a Pacifica affiliate. He is a Pan-African Revolutionary thinker and organizer for the All-African People’s Revolutionary Party (AAPRP) and served ten years as a Co-Chair of the National Network On Cuba (NNOC) ending December 2013.

Shukura presents (our) story as a peoples telling of the past that highlights African and African diaspora resistance coupled with world social resistances against colonialism, racism, and gender oppression.

Shukura lectures and speaks on the following topics: