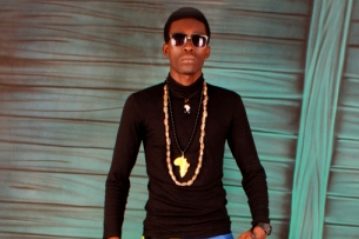 “As a teacher, I believe that ignorance is still dominant in my society, so I decided to use my talents and professional education to educate and motivate the people to adopt some positive behaviors for cultural and socio-economic transformation. The spirit of Africanness decided what kind of music I should do.”

Zero, born Emmanuel Robert, is a dynamic, energetic and multi-disciplined artist originally from Shinyanga in Northern Tanzania, East Africa. He was raised by a single mother who was a peasant farmer. Zero enjoyed listening to hip-hop and rap music. As a student a history class inspired him to become orientated towards doing positive work for Africa and African people. It was the development of his knowledge of history that triggered an inner confidence that catipulted him to become a performer. Further on in his development, he was influenced to do conscious music by people like Kala Jeremiah (Tanzania) and Nas (USA).

As an activist, he has developed several projects on his own accord: “Okoa Africa Project‘ and ‘TwendeTukatalii Project‘. He has written an
article titled ‘Warakawa Kwanza waMamwewekwaUmmawa UDSM’.

Some of his most popular songs include titles such as ‘Africa‘, ‘Mama Africa‘ and ‘Albino Tanzania‘ (dealing with the issue of social violence against the Albino population in Tanzania).

This year has been an extremely busy year for Zero. He has performed at the African Liberation Day and Seventh Pan-African Nyerere Chair Festival in Dar Es Salaam. In addition, he launched a new song promoting domestic eco-tourism in Tanzania about the Ngorongoro Conservation Area. Finally Zero organized his first concern around the Okoa Africa project at the University of Dar Es Salaam, where he is also a student-teacher.

Check out Zero in Action in his Music Video with P Plus Experience entitled AFRICA:

Zero is available for fesitvals as well as university and community engagements throughout Africa.